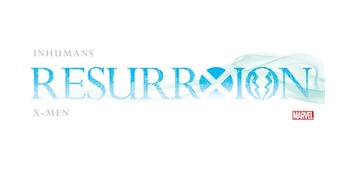 An Ending. A Beginning.
Advertisement:

Meanwhile, after the war with the X-Men had caused them to sacrifice all their Terrigen, the Inhuman Royal Family - guided by Marvel Boy - departs on an odyssey across all creation in search for lost secrets — and the last hope — of their people.