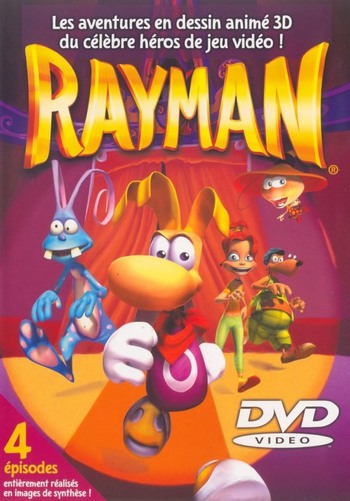 Running for only four episodes in 1999, this is the most obscure piece of media connected to the Rayman video game series. This series starts out with Rayman as a captive in Rigatoni's circus, along with new characters Lac Mac, Cookie, Betina, and Flips. After escaping the circus, they have to find their way through the city of Aeropolis, with Inspector Grub hot on their trail.

Where exactly this all fits in the Rayman continuity is anyone's guess. Notably, Razorbeard, the antagonist of Rayman 2: The Great Escape, does show up in the first episode, although he is reduced to a minion of Rigatoni. The series was supposed to run for thirteen episodes, so it might have tied in at some point.