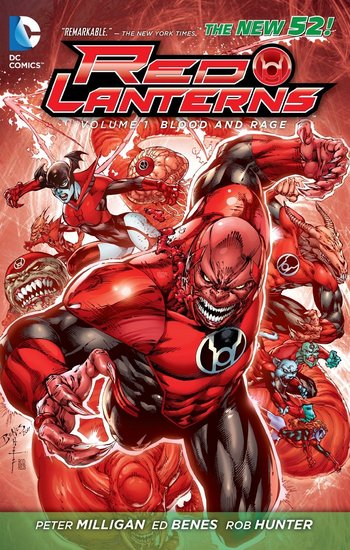 Red Lanterns was a spin-off of Green Lantern focusing on the Red Lantern Corps, launched with the New 52.

Based out of the planet Ysmault, the Red Lanterns are fueled by rage and the need for vengeance. Led by Atrocitus, they scour the galaxy, killing and destroying to sate their need for bloodshed. Lately, however, Atrocitus has grown frustrated. He fears that his schtick has grown stale and that his Corps are nothing but a bunch of bloodthirsty morons. He thus sets out to start reforming the Corps.