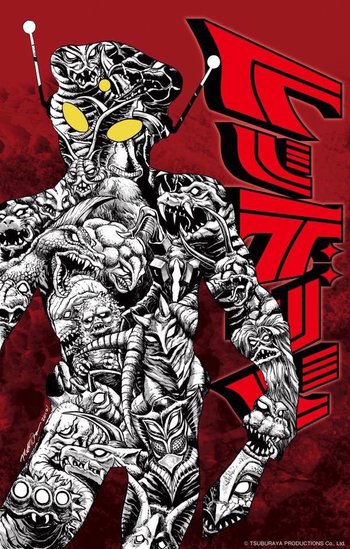 They don't call him Redman for nothing...
Redman is a 2018 comic book created by Matt Frank (creator of Godzilla Neo) and based off of the TV series of the same name.The comic takes place on an alien planet, where Redman partakes in a brutal, endless Red Hunt against various monsters, taken from the original Redman and other beasts from Tsubaraya Productions history, the new ones beings limited to original Kaiju or ones from the rest of the Ultra Series. However, things do not seem to be as they seem and there are many mysteries lurking behind the savage battles...Thus far, 2 volumes have been released, each containing 5 "episodes" where (usually) Redman fights whatever new foe(s) he is hunting.