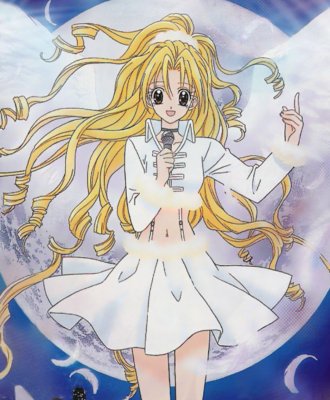 Her power gives her the voice, and the wings, of an angel.
Advertisement:

When a magical girl is also an idol singer.

This usually comes in two varieties:

This type of magical girl is the one that uses the Wish-Fulfillment appeal of the genre the most. While the other two types use their powers to do good deeds or fight the good fight, the Magical Girls here use the powers they gain to achieve their dreams of stardom, although they can use Magic Music. As the protagonists here tend to be too young to be part of the musical industry, Older Alter Ego is often used.

Note; the character has to be a magical girl, not just someone with music-related powers.

A Sub-Trope of Magical Girl and Idol Singer.