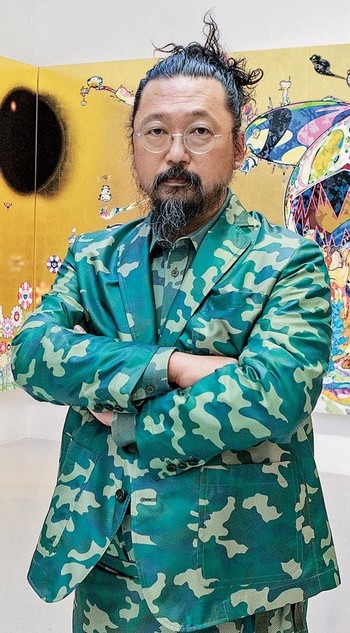 "When I was little, I guess I was just an ordinary kid. But then things changed when I was in junior high. You know, kids that become geeks become one because of something. Like, they aren't good at sports, or girls don't like them. I, too, for some reason, got into things like science fiction and, well, especially science fiction as an escape."
— Takashi Murakami

Takashi Murakami (born 村上 隆 Murakami Takashi on February 1, 1962) is a contemporary artist from Japan, and founder of the postmodern pop-art movement "Superflat".

He works in fine arts media (such as painting and sculpture) as well as commercial media (such as fashion, merchandise, and animation) and is known for blurring the line between high and low arts.

Works made by Murakami with their own TV Tropes pages include: