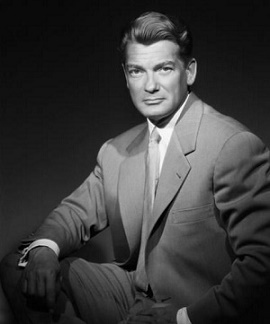 He was The Muse and longtime lover of multifaceted artist Jean Cocteau, who directed Beauty and the Beast, his big screen break at age 33 (he had been acting on stage since the age of 20), and Orpheus, Marais' other famous role at the time.

He became a prominent leading man in the The '50s and The '60s (especially in swashbuckler films), and performed in over 100 films in his career. He devoted his time to sculpture in the last years of his life, influenced by a friend of his and Cocteau's, German sculptor Arno Breker, who protected both Cocteau and Marais from German occupation authorities during World War II. In 1996, Marais was awarded the French Legion of Honor for his contributions to French cinema.

In the 1960s, he adopted a young man, Serge Ayala, who eventually took the name Serge Villain-Marais. Serge became a singer and an actor, and committed suicide in 2012 at age 69.

Some of his roles:

Tropes and Trivia about him: