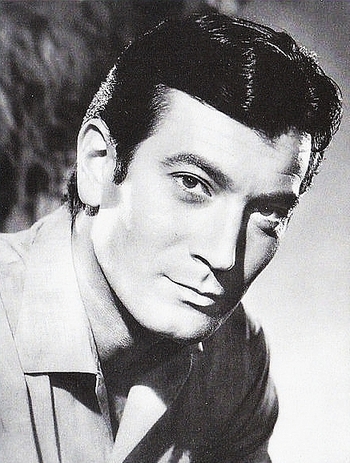 Gérard Barray (born November 2, 1931 in Toulouse) is a French actor and writer.

He studied acting at the Cours Simon and took the role of Stanislas in the Jean Cocteau play L'Aigle à deux têtes, succeeding Jean Marais. He's had most success in the 1960s, when he played dashing swashbuckler characters in films such as Le Capitaine Fracasse (opposite the aformentioned Jean Marais), The Three Musketeers, Pardaillan, Scaramouche or Surcouf: Tiger of the Seven Seas.

One of his close friends was Frédéric Dard, the author of San-Antonio, and Barray played Commissioner San-Antonio in two films. He also appeared in Alejandro Amenábar's 1997 film Open Your Eyes (the film Vanilla Sky is a remake of).