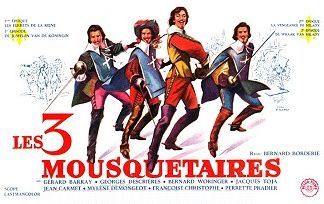 Les Trois Mousquetaires (The Three Musketeers) is a 1961 French swashbuckler film duology. The two films were made back-to-back, they include Première époque - Les Ferrets de la Reine (Part I - The Queen's Diamonds) and Seconde époque - La Vengeance de Milady (Part II - Milady's Revenge). It was directed by Bernard Borderie (of the Angélique film series fame) and based on the novel of the same name by Alexandre Dumas. Paul Misraki (Le Doulos) composed the soundtrack, and swordplay was overseen by master at arms Claude Carliez, who worked on many other French swashbuckler films.

This version of The Three Musketeers provides examples of: 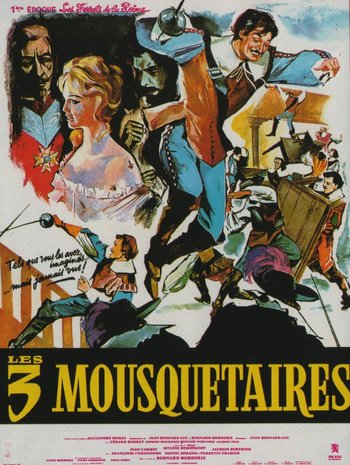 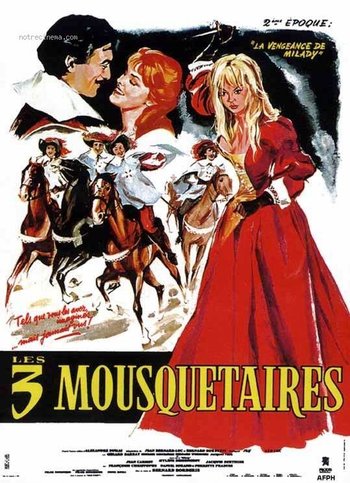