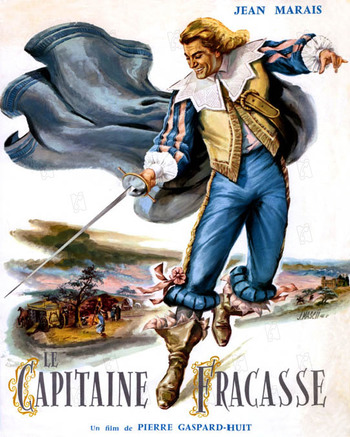 Le Capitaine Fracasse (Captain Fracassa) is a 1961 French swashbuckler film directed and written by Pierre Gaspard-Huit, based on the novel of the same name by Théophile Gautier.

It tells the story of baron Philippe of Sigognac (Jean Marais), an early 17th century destitute nobleman who decides to abandon his castle to join the Commedia dell'Arte theatre troupe of Hérode (Philippe Noiret) out of love for Isabelle (Geneviève Grad), the young actress who plays The Ingenue. But Isabelle is soon stalked by the Duke of Vallombreuse (Gérard Barray), who desires her for himself no matter how she rejects his advances.