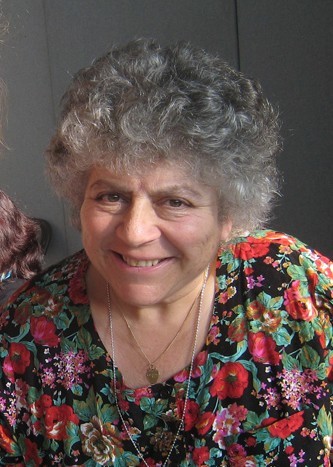 "I've been very lucky - I've worked consistently, and I haven't had to kiss a lot of people on stage."
Advertisement:

Miriam Margolyes OBE (born 18 May 1941 in Oxford, England) is a British-Australian character actor. She won a BAFTA for her performance in Martin Scorsese's The Age of Innocence and is known to Harry Potter fans around the world as Professor Sprout. Her TV work includes guest appearances on Blackadder, Marple, Doc Martin and Miss Fisher's Murder Mysteries. She is also active in the theater and has played Wicked's Madame Morrible on both Broadway and London's West End.

Openly lesbian, she's been with Heather Sutherland since 1968.