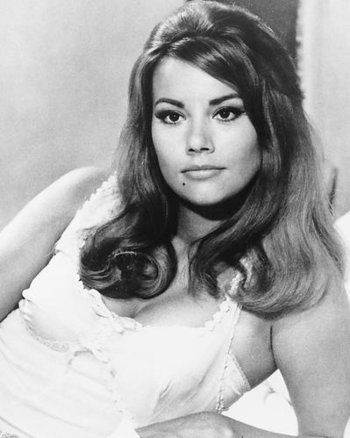 She attended the St. Joan of Arc College and later the Conservatoire de Paris, where she performed dramatic roles. She made her film debut in 1958, when she was still in school. She was also a beauty pageant at the time, earning the title of Miss France Monde, and was also the first runner-up in the 1958 Miss World contest.

She's perhaps best known for being the first French James Bond Girl actress, as Dominique "Domino" Derval in 1965's Thunderball, opposite Sean Connery. Although she took lessons to perfect her English, her voice was eventually dubbed by Nikki van der Zyl. She also appeared in several French films in the 1960s, as well as several Italian films in the 1970s, in the Giallo subgenre in particular. She retired from acting in the mid-1990s.