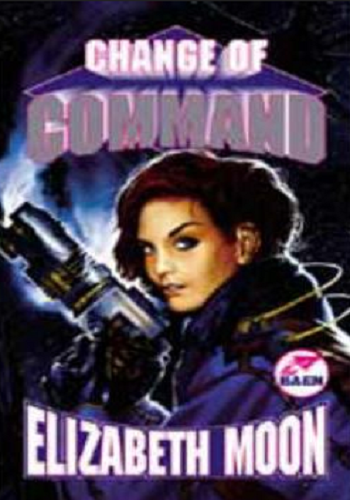 The setting is a Feudal Future interstellar federation ruled by the Familias Regnant, a group of noble families headed by a hereditary monarch.

The first three books form a trilogy: Heris Serrano resigns from the Regular Space Service to avoid court martial after disobeying her bloodthirsty commander and achieving her objective without getting her crew killed, and faces an unattractive future career flying an old lady around in her space pleasure yacht. But the crew she inherits turn out to be engaged in dirty business and the woman who owns the ships is actually a pretty Cool Old Lady. On top of those, they get involved in Familias Regnant intrigue.

In the fourth book, focus shifts to Esmay Suiza, a Regular Space Service officer who appeared briefly in book three (although from book five on most of the major characters from the first trilogy, including Heris herself, start sneaking back in as supporting characters).