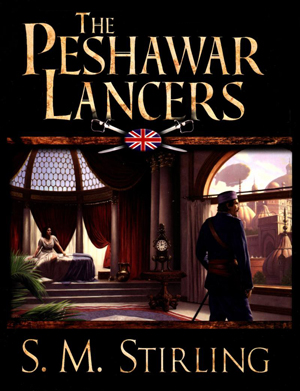 The Peshawar Lancers is a 2002 Alternate History novel by S.M. Stirling (author of the The Draka, Island in the Sea of Time and the Emberverse) which takes place in a world where a series of comet strikes destroyed much of Western Europe and North America in 1878, the resulting long winter finishing off most of civilization in those areas. Most of the survivors that didn't become cannibal savages fled to their overseas colonies, in particular the French remnants relocated to their North African possessions and the British to India, South Africa and Australia. By the early 21st Century, the latter (at least in India) have gone native to the point of referring themselves as the Angrezi Raj.