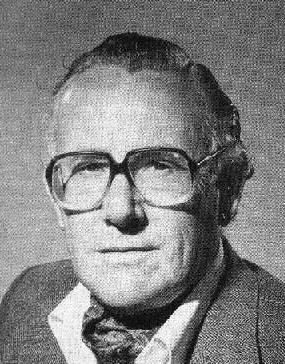 " In writing I think I’ve been more attracted by the thought of what happens after the catastrophe."
Advertisement:

Christopher Samuel Youd (born Sam Youd, 16 April 1922 – 3 February 2012) was an English author best known for his science fiction published under the name of John Christopher. His works include The Death of Grass, The Tripods series, the Sword of the Spirits trilogy (The Prince In Waiting, Beyond the Burning Lands, The Sword of the Spirits), Dom and Va, and A Dusk of Demons.

Several of his novels have been filmed. The Tripods was adapted for television, although the series was cancelled before getting to the last book.

His works with their own trope pages include: