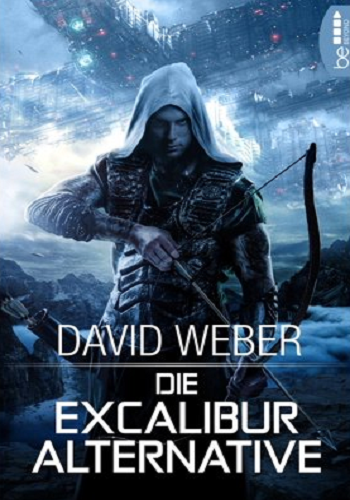 The Excalibur Alternative is a 2002 science fiction work by David Weber, expanding on his earlier short story Sir George and the Dragon, and shares a universe with David Drake's Ranks of Bronze.
Advertisement:

14th century English knight Sir George Wincaster and his men are caught in a horrid storm en route to France. Saved by aliens, they find that their saviours' motives are hardly altruistic; the aliens want to use them as hatchetmen and have the power to quell overt rebellion. However, the thirst for freedom is not so easily quenched, and after a long time a ghost of a chance appears to them.