Literature / The Evolution of Claire 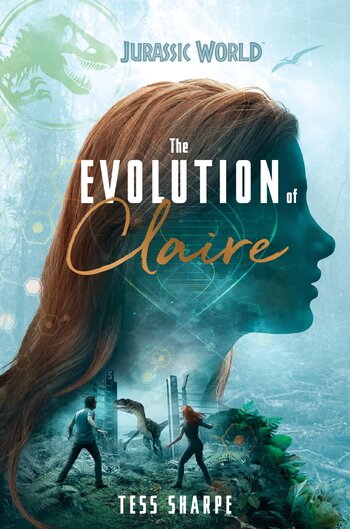 The story of the beauty behind the beasts.
Advertisement:

The Evolution of Claire is a 2018 young adult novel set in the Jurassic Park universe written by Tess Sharpe and published by Penguin Random House and a prequel to Jurassic World. The novel follows Claire Dearing (portrayed in the films by Bryce Dallas Howard) eleven years prior to the breakout of the Indominus rex in her first year as an intern for Masrani Global in 2004, and one year before the official opening of Jurassic World.

The novel was released prior to the debut of Jurassic World: Fallen Kingdom and expands on Claire's backstory as a science-minded college student serving to explain why she takes the position she does in Fallen Kingdom. It is noteworthy for being the first Jurassic Park full-length novel (not counting the film novelizations and Jurassic Park Adventures children's chapter-books that were released to coincide with Jurassic Park III) since The Lost World (1995), as well as the only one not written by Michael Crichton.

The Evolution of Claire contains examples of: