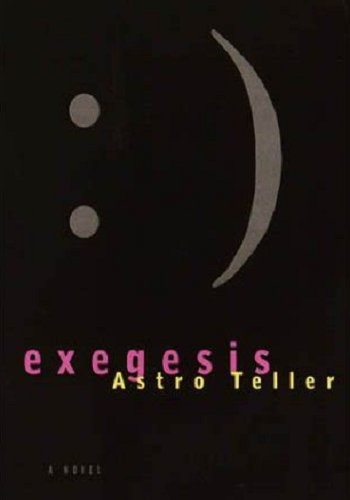 exegesis is a 1997 Science Fiction Epistolary Novel by Astro Teller.

Alice Lu is a graduate student working towards her masters degree in computer science. She and her mentor, Dr. Liddle, have been working on a project named Edgar. Edgar is an automated information retrieval and sorting program, designed to scour the Internet for any data it can acquire, and utilize that data to improve the ability to gather new information.

However, almost overnight, Edgar makes the ultimate leap to intelligence. Now Edgar is determined to carry out its programming to obtain new knowledge, and no one, not even Alice, can stop it. The interactions between Alice and Edgar progress as the latter blazes a strange trail across the Internet, changing everything — including Alice herself.