Literature / Queen of the Tearling 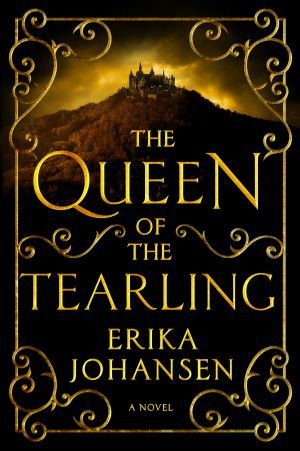 Published in 2014 by Erika Johansen.
Advertisement:

When she turns nineteen, Kelsea Raleigh Glynn must realize her birthright as queen of a small country known as the Tearling. Kelsea must right the wrongs of her mother, Queen Elyssa as well as deal with the neighboring country of Mortmesne, ruled by the malignant Red Queen. Long ago, Kelsea's ancestors crossed into the Tearling from America, in search of a better world. The key to defeating the evil of Mortmesne may lie in the secret of the Tearling's founding.

A second book in the planned series of three, The Invasion of the Tearling, published in 2015, deals with the growing conflict between the Tearling and Mortmesne, as Kelsea begins to have visions of Lily, a woman who lived in pre-crossing America, a world on the verge of collapse where every facet of life is dictated by an oppressive government.

The third and final novel, The Fate of the Tearling, was published on November 29, 2016.

The Series Contains Examples of the Following Tropes: