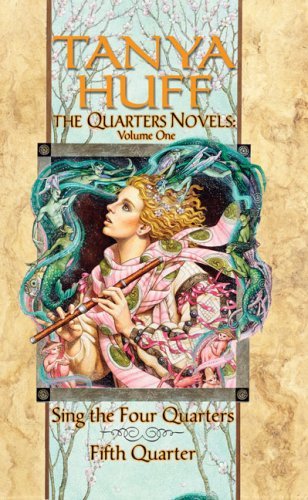 The Quarters series is a quartet of fantasy novels written by Tanya Huff in the mid-1990s.
Advertisement:

The series takes place in a world inhabited by elemental spirits called the kigh, creatures whose power can be harnessed by bardsong. The greatest bards can Sing the kigh of all four Quarters, and walk the world to carry news and messages to and fro.

The series takes place in three unconnected installments, with books one and four being standalone stories while two and three form a separate duology.

The original novels are out of print, but are regularly available on the used books circuit and have been re-released in a pair of omnibus editions. E-book versions are also now available.