Once a gunrunner, now heir to an empire... 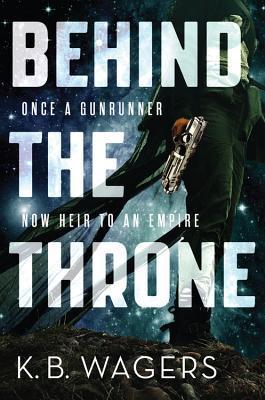 The Indranan War is a Space Opera novel trilogy by K. B. Wagers.

Years ago, Princess Hailimi Bristol of the Indranan Empire went into exile, seeking the man who murdered her father. Taking the name Cressen Stone, she became part of the galaxy's criminal underworld as a gunrunner, but was unsuccessful in her mission. Then her ship was attacked, her crew killed, and she got dragged off by elite Indranan soldiers with devastating news - Hail's sisters and niece had been killed, her mother the Empress is dying, and now she is left as the sole heir to one of the galaxy's major powers, whose enemies are waiting to pounce at any sign of weakness. Now Hail must return home, assume her throne, and protect her people, against all odds, whether it involves dealing with treacherous cousins, rival powers, and increasing unrest at home. And, worst of all, Hail's father's killer is still at large - and he's not done with the Empire yet...