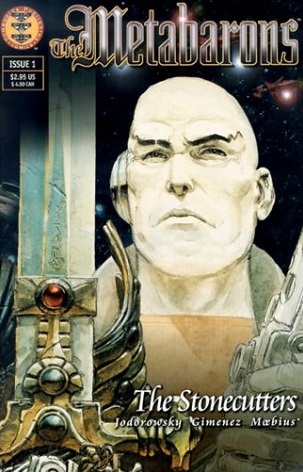 The Metabarons, also known as The Saga of the Metabarons (French: La Caste des Méta-barons) is a tragic Space Opera comic book series written by Alejandro Jodorowsky and illustrated by Juan Giménez. It expands on a supporting character who appeared in The Incal to flesh out the backstory of his entire family. Like the rest of the Jodoverse, The Metabarons draws heavily on ideas Jodorowsky developed for his failed Dune film project.

The series follows the five Metabarons of the Castaka family — perfect warriors sworn to victory at all costs. Each Metabaron (after the first) is maimed, usually by their father, has the maimed part replaced or technologically altered, and eventually kills their father in single combat.

The Saga of the Metabarons provides examples of the following tropes: