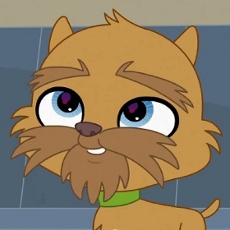 Fictional examples can apply to pretty much any animal as long as it's not a natural feature of their species; or in the case of dogs, a default characteristic of the breed.