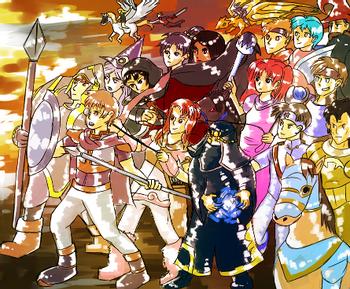 A series of play by post games based off the popular Nintendo series Fire Emblem, hosted on the Bay12 forum's Forum Games and Roleplaying section. The original Fire Emblem On Forums game was started by Haspen and soon spawned a number of spinoffs run by his players. The game has also migrated to Pokemon Reborn, with several games running on the forum, also with some crossover from the Bay12 community.

These games contains examples of