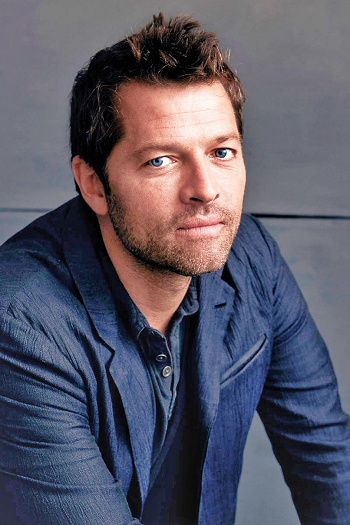 Misha Collins, born Dmitri Tippens Krushnic on August 20, 1974 in Boston, Massachusetts, is an actor who's appeared on such shows as Nip/Tuck, Charmed, 24, CSI, ER, NCIS, and Stonehenge Apocalypse. However, he's best known for his role as fallen angel Castiel on The CW's hit show Supernatural.

Reports that he's trying to take over the world have been wildly exaggerated — he's already achieved world domination and you just haven't noticed yet.

, and occasionally makes humorous cooking videos with his kids on YouTube

that are popular on certain meme channels.

Tropes that apply to this actor's career include: