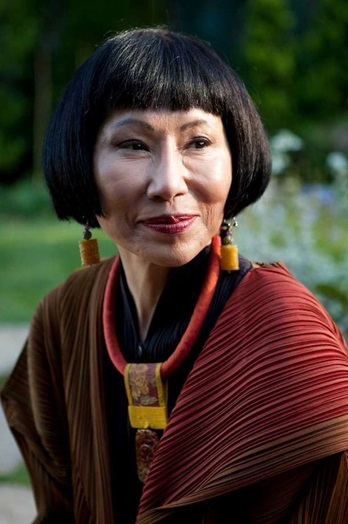 Amy Tan (born February 19, 1952) is a heavily acclaimed author of books for adults and children. She is famous for writing about first- and second-generation Chinese-American immigrants and Chinese culture. Among many achievements, she's notable for elevating Chinese characters, and Asian characters in general, beyond stereotypes and making people take them seriously as people, and not merely nerds. Much of her fiction is drawn from her own life.

She has dogs whom she calls her children.