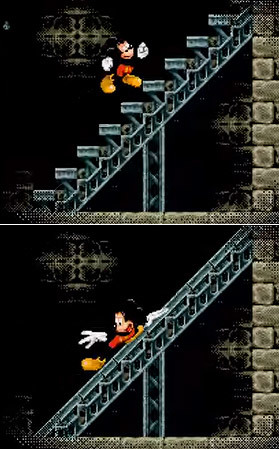 This is a classic gag often seen in silent films and cartoons: a staircase with hinged, pivoting, or collapsible steps turns into a steep ramp or slide. Often used in sequences where a character climbs the Stairway to Heaven, only to be turned away at the Pearly Gates and sent whizzing down to Hell (compare with Hellevator).