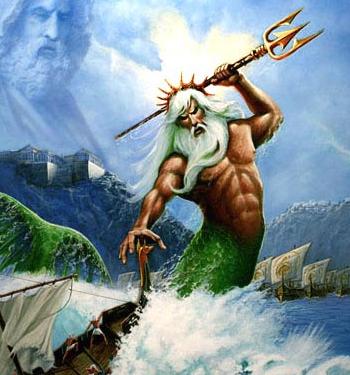 Go ahead, tell him he's holding a fork.

Unless your story is set in Barbados

, there are exactly four types of uses for tridents in fiction.