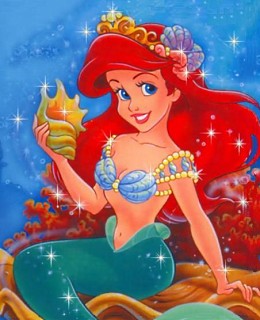 Our Mermaids Are Pimped Out.
"Who would be
A mermaid fair,
Singing alone,
Combing her hair
Under the sea,
In a golden curl
With a comb of pearl,
On a throne?"
— "The Mermaid" by Alfred, Lord Tennyson
Advertisement:

Tropes about merfolk, the legendary half fish, half human people that live in the deep. Compare Elf Tropes and Fairy Tropes.

Look at these tropes, aren't they neat?