This page is about tropable James Bond advertising. 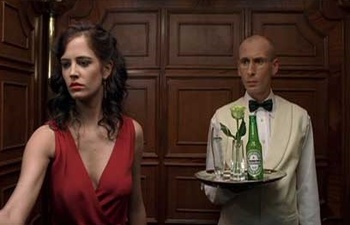 A 2006 Heineken commercial short film directed by Stephen Gaghan (Syriana). It was part of the promotional campaign for the release of Casino Royale.

Vesper Lynd (Eva Green) arrives at the Casino Royale hotel, and feels something is fishy about the waiter she shares the elevator with.

Enter the World of Bond 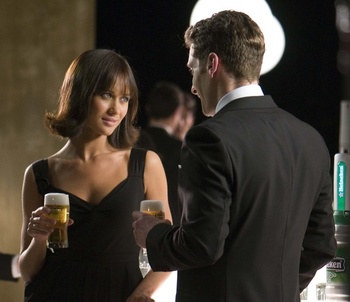 A 2008 Heineken commercial short film that was part of the promotional campaign for the release of Quantum of Solace. Olga Kurylenko appears in it as Camille Montes, the Bond Girl of the film.

A man (played by Tom Rooke) buys a barrel of Heineken beer, and surprising things happen on his way home. Then he goes at the same party seen in Quantum of Solace, and meets Camille there. 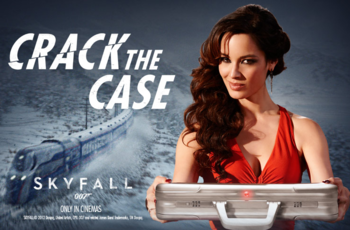 Crack the Case is a 2012 Heineken commercial short film directed by Matthijs Van Heijningen Jr. It was part of the promotional campaign for the release of Skyfall and starred Daniel Craig as James Bond and Bérénice Marlohe as Séverine, the Bond Girl of Skyfall. It was attached to a Viral Marketing campaign on Facebook, allowing the viewers to "crack" Séverine's case themselves through a series of tasks designed to see if they have what it takes to be a secret agent.

The short opens with Bond being chased by mooks on a train station in Russia. A man (referred to as "a Man of the World" by Heineken) is mistaken for him and gets chased oboard the train in his place. After a series of improbable situations, the man meets up with Bond and Séverine, who hands him a case with her foot. 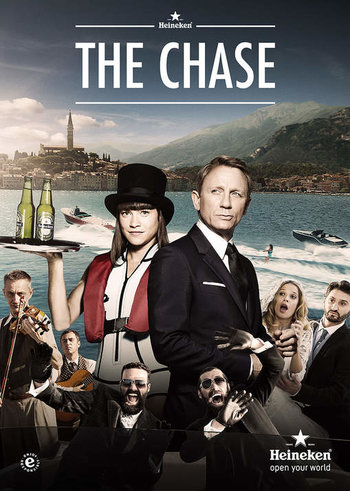 The Chase is a 2015 commercial short film directed by Tom Kuntz. It was part of Heineken's marketing campaign in the wake of the release of Spectre and starred Daniel Craig as James Bond and French model/actress Zara Prassinot.

A water ski-practicing woman (Prassinot) finds herself caught in a chase between Bond and pursuing mooks.