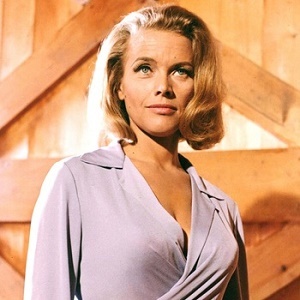 "You can turn off the charm. I'm immune."

"If you set fire to that thing, I swear I'll KO you with my gold brick."
—Pussy Galore addressing Jack Strap, in Goldfinger (the novel)

A right-hand woman in service of Goldfinger. She is the leader of a Flying Circus, a group of women aviators who are a key part of Goldfinger's "Operation Grand Slam". Bond manages to seduce her and have her switch allegiance, whereas she claimed to be "immune". 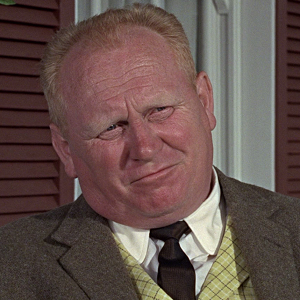 "Man has climbed Mount Everest, gone to the bottom of the ocean. He's fired rockets at the Moon, split the atom, achieved miracles in every field of human endeavor... except crime!"

In the film, Goldfinger is a successful British businessman, owning many properties throughout the world including "Auric Enterprises, AG" in Switzerland, and a stud-farm in Kentucky called "Auric Stud". However, his real business is that of internationally smuggling gold, using the method of having a car built with gold body castings and transporting it via airplane before having the body-work re-smelted once it arrives at its destination. After Goldfinger's business affairs come under suspicion from the Bank of England, Bond is sent to investigate. 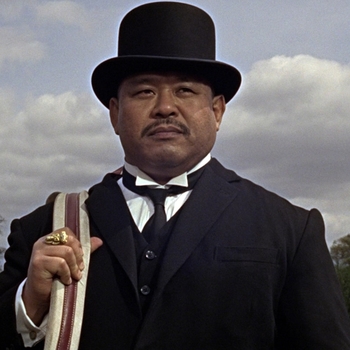 "It is astonishing what Oddjob can do. I have seen him hit a brick wall with his entire force and not hurt his hand. He can split three half-inch thick boards, piled one upon the other, with one blow of his hand. You can see what he can do with his foot."
—Auric Goldfinger, Goldfinger

One of the most famous henchmen in the series, Oddjob serves as the loyal Battle Butler to Goldfinger. 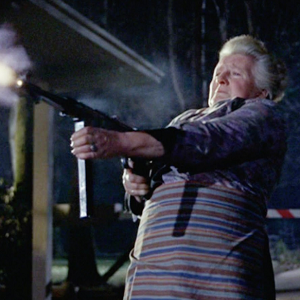 An elderly woman working as a guard to Goldfinger's Switzerland facility's entrance. 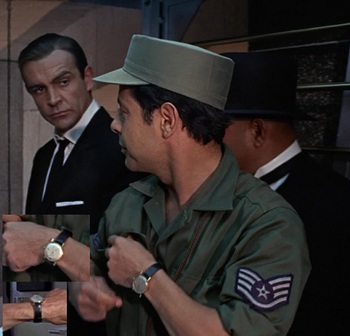 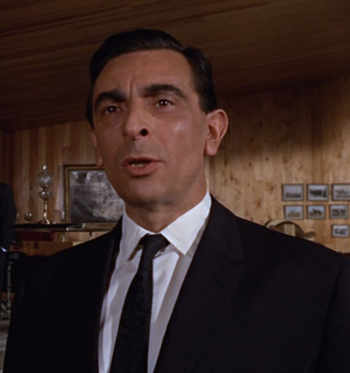 "Mister, I been watching you. You are a very relaxed man for someone who speaks such big things. Last man I knew was so much relaxed that he got himself totally relaxed by a quick burst of the chopper. OK, OK. So I come in, yes. But mister-either we get that billion or you get dead."
—Goldfinger (the novel)

The lone gangster invited by Goldfinger who refuses to take part in Operation Grand Slam in the film. Goldfinger allows him to leave, only for him to be killed by Oddjob. His body is left inside the car while it is crushed in a car dump grinder. The other mobsters get gassed to death anyway. In the novel, however, he remains loyal and is later killed by Goldfinger along with the other remaining gangsters. 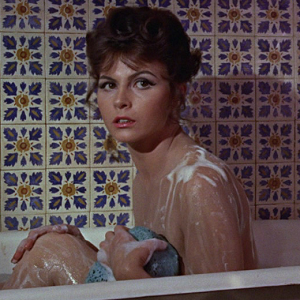 A belly dancer seen in the pre-title sequence. Bond walks into a bar after planting his explosives at the drug refining hideout belonging to Mr. Ramirez. Bonita is seen dancing there much to the delight of the men gathered around her. Most of the customers disappear when the detonator explodes, leaving her to retire to her room and take a bath. Bond then follows her for (apparently) some unfinished business. 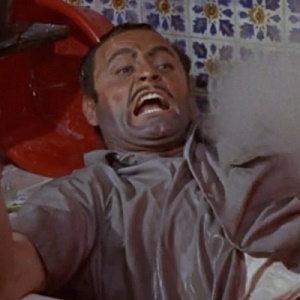 A mook briefly seen in the pre-title sequence, very little is learnt about him. He seemingly works for Mr Ramirez, and is sent to capture Bond. Whilst Bonita has Bond distracted, he appears from behind a wardrobe and starts to sneak up with a bludgeon behind Bond, who manages to see him reflected off Bonita's eye. At the last moment Bond turns round so Bonita gets the full force of his attack. After a brutal fight, he is thrown into Bonita's bath where just as he grabs Bond's gun, Bond throws an electrical lamp into the bath, electrocuting him. 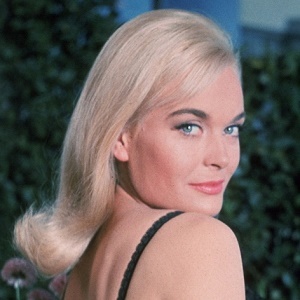 "Drew a queen and king. Meld of queens. Can meld kings with a joker. Discarding seven."
—Goldfinger (the novel)

She is employed by Auric Goldfinger to help him win at cards in Miami. She can see Goldfinger's opponent's cards through her high-powered binoculars. Bond silently breaks into her room and ruins Goldfinger's scheme. Jill then gets into bed with Bond. They spent an afternoon together and expected to enjoy the anticipated sleepless night until Bond went to the refrigerator for another bottle of champagne when Oddjob knocked him out. Bond awakens later, only to find Jill's dead body, which is painted entirely in gold. 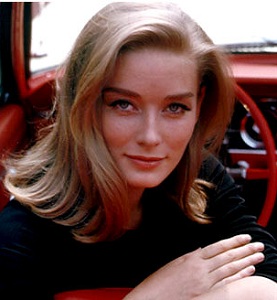 "He has a woman once a month. Jill told me this when she first took the job. He hypnotises them. Then he-he paints them gold."
—Goldfinger (the novel)

Jill's vengeful sister. She tries to assassinate Goldfinger out of revenge for the murder of Jill.