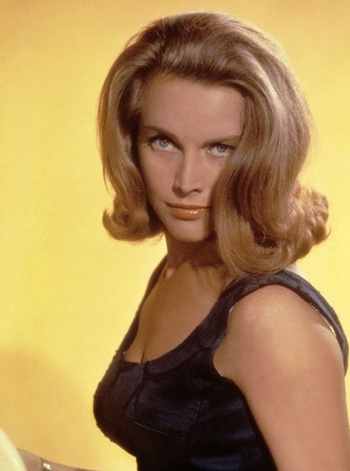 She was best known as the James Bond girl Pussy Galore in Goldfinger. Before that, she was known for playing leather-clad Action Girl Dr. Catherine "Cathy" Gale, the first female partner to John Steed (Patrick Macnee) in The Avengers from 1962 to 1964. Cathy Gale was then overshadowed by her successor, Emma Peel, played by Diana Rigg.