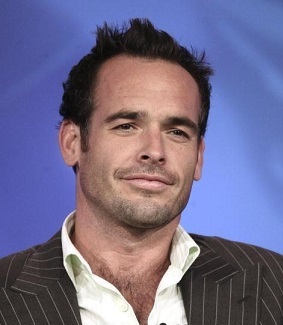 He rose to prominence after his role as Captain Andrew Russell in the Oscar-nominated film Lagaan. Since then, he has mostly appeared in American films and television shows such as ER, 24, The Dresden Files (in which he played the title character), Lipstick Jungle (2008–09) and Arrow.

Although born in Shropshire, England, Blackthorne spent his early childhood on British Military bases in both England and Germany.

Not to be confused with a fictional legendary Demon Hunter.

Tropes associated with the actor and his works