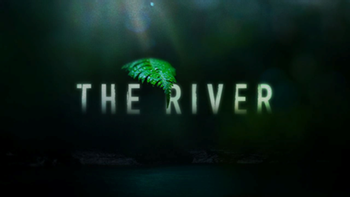 The River is an American television series about an expedition to find explorer Dr. Emmet Cole, who disappeared six months ago while exploring the Amazon. It is made by the director of Paranormal Activity, in the Found Footage format. Wikipedia describes it as "paranormal/adventure/horror."

Not to be confused with River.

The River contains examples of: