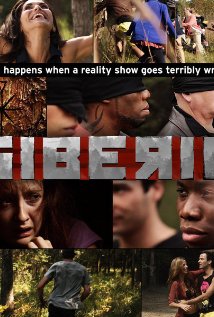 There are no rules.
Advertisement:

Siberia is a scripted TV show stylized to be a Reality TV show about 16 individuals sent to survive in the wilderness of Siberia with no help, no supervision and no rules. After the first couple of days, though, an incident leads to a death. There is a debate on whether to continue the show or not, rather than just shutting down the competition right away, and things suddenly get stranger.

This show include examples of: