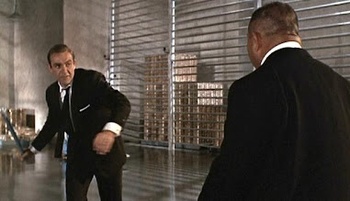 This is gonna suck, for Bond.
Advertisement: