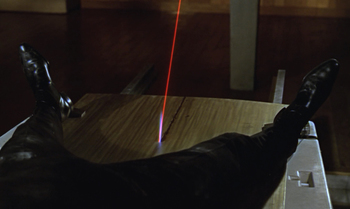 "You expect me to talk?" "No Mr. Bond, I expect you to die!"
Advertisement: