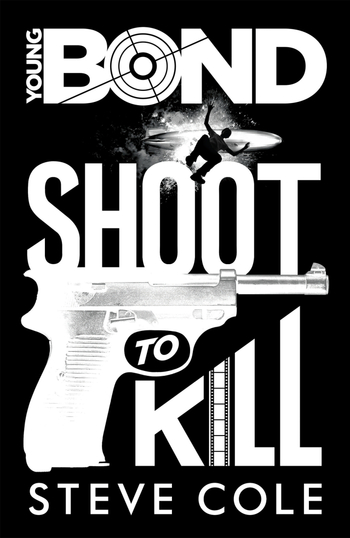 The sixth Young Bond novel, and the first by Steve Cole, released in 2014.

It's the early summer of 1934, and Bond is temporarily staying at the famous progressive, co-educational Dartington Hall school in Devonshire while Aunt Charmian finally mounts her expedition in Mexico. He once more gets into trouble when the film reel the Film Club obtained for viewing turns out to have something a lot more dangerous than Mae West on it.

Now Bond and three new friends are taking an airship to Hollywoodland—but someone is willing to kill to get that film back.