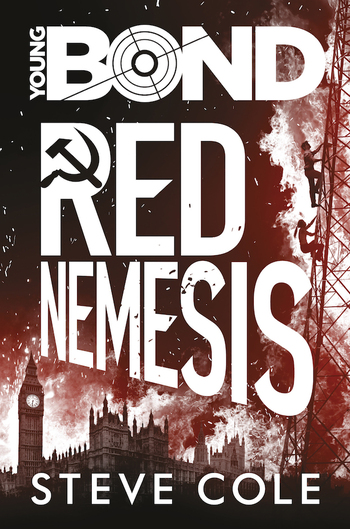 The ninth and last Young Bond novel, and the fourth by Steve Cole.

Young James Bond is leaving Fettes for the summer, and his Aunt Charmian has something interesting to show him - his father's backpack, discovered in a crevasse in the Aiguilles Rouges. Inside is a model of St Basil's for James, a note saying "Your uncle Max needs to see this," and a cryptic postcard that was never sent to Max Bond. Before he knows it, James is taken to Moscow with SIS agent Adam Elmhirst and enmeshed in a struggle to prove Andrew and Max Bond innocent of treason against their country, and to stop a Soviet plot against London.

Tropes in this final book include: