Literature / Octopussy and The Living Daylights 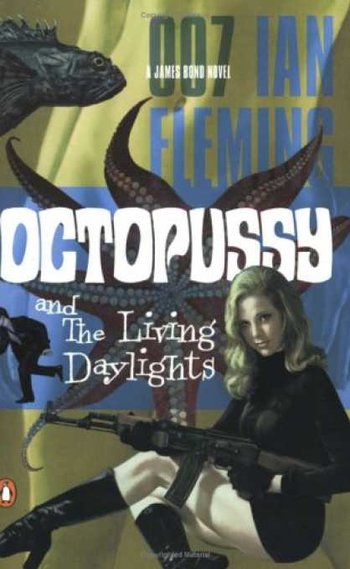 The fourteenth and last James Bond book written by Ian Fleming, and also the second one to be a collection of short stories, all of which had previously appeared on magazines. Published in 1966.

In the movie side of things, the first story was incorporated into the backstory of the thirteenth James Bond film, with a hint of the second story as well. The first story's backstory of Bond being raised by a Swiss ski instructor was also incorporated in film twenty-four. The third story was grafted onto the beginning of the fifteenth film. A character name, Solange, from story no. 4 was used in Casino Royale (2006), and its plot inspired the finale of Quantum of Solace.

"The Property of a Lady":