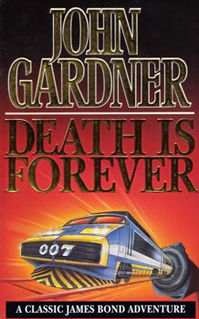 The twelfth James Bond novel by John Gardner, published in 1992.

A British-American network of agents called Cabal has disappeared in the aftermath of the dissolution of the Soviet Union. Now with many of them turning up dead, including the people sent out to look for them, Bond must find out what is really going on.