Literature / The Man from Barbarossa 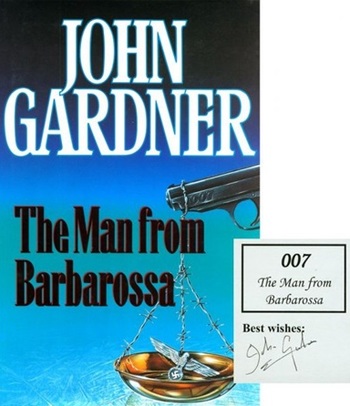 The eleventh James Bond novel by John Gardner, published in 1991.

A terrorist organization calling itself Scales of Justice is stirring trouble across Russia in the name of pro-semitism, and several Intelligence agencies, including Bond's, join forces to investigate them. Doing so, they uncover a sinister plot concerning the nation of Russia and the looming Gulf War.