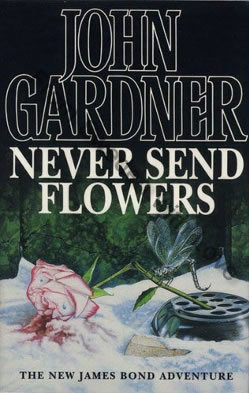 The thirteenth James Bond novel by John Gardner, published in 1993.

Five seemingly unrelated assassinations take place across the globe, and Bond is tasked to look into them. Investigating together with Swiss agent Flicka von Grüsse, the clues lead Bond to the castle of a retired actor David Dragonpol.