Literature / The Death of Achilles 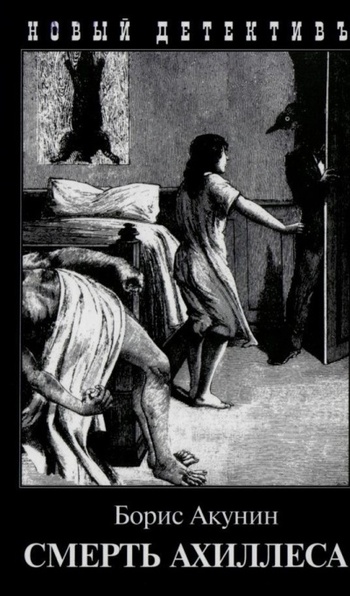 The Death of Achilles is a 1998 Russian novel by Boris Akunin. It is the fourth of fourteen novels in the Erast Fandorin mystery series.

The book is set in 1882, four years after the events of previous novel Murder on the Leviathan. Fandorin has returned to Moscow from four years of diplomatic service in Japan with a new affinity for Japanese culture and a Japanese servant, Masa. He goes to work for the governor of Moscow, Prince Dolgorukoi, and is immediately tasked with investigating the death of General Mikhail Sobolev. Sobolev, the hugely popular victor of the Russo-Turkish War and Fandorin's old friend from novel #2, The Turkish Gambit, dies in a Moscow hotel on the same day Fandorin arrives in town. The death is believed to be a heart attack, but Fandorin discovers that Sobolev actually died in the arms of a lover and his bodyguards are covering it up. Fandorin, however, suspects murder.

Of course, he is right. The killer is Achimas Welde, a professional assassin with a long history of murders behind him, who was hired to dispose of Sobolev. And he's a figure from Fandorin's past, as he tried and failed to kill Fandorin—but did kill his wife—in the first Fandorin novel, The Winter Queen. As Fandorin's investigation closes in on the truth, the two head for a fatal confrontation.

Fandorin's sojourn in Japan, skipped over between the previous novel and this one, is the subject of Fandorin novel #10, The Diamond Chariot.