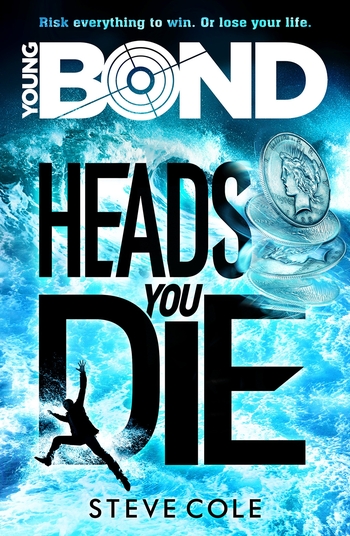 The seventh Young Bond novel, and the second by Steve Cole, released in 2016.

James and his friend Hugo Grande have come to Cuba to stay with old family friend Gerald Hardiman until his Aunt Charmian returns from her Mexican anthropological expedition. But they've barely arrived before Hardiman is kidnapped, and James and Hugo find themselves on his trail from Havana and across the Caribbean to face down a Mad Scientist with a pharmaceutical fortune and genocidal ambitions.