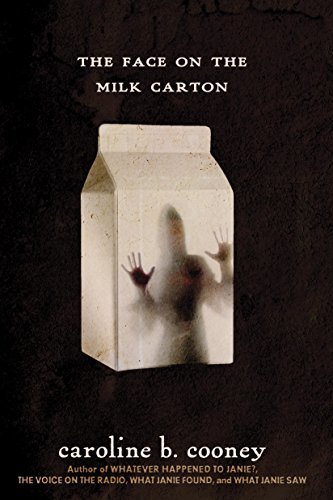 The Janie Johnson series is a five book series by Caroline B Cooney (Losing Christina) about a young girl named Janie Johnson who sees her own face on a milk carton and realizes that the people who raised her are not her real parents. In fact, she was stolen from her birth family (the Springs) in early childhood and the Springs want her back. The series follows the young Janie in her attempts to figure out the truth about her origins and decide who she wants to be from now on. Will she remain Janie Johnson, living with the family that is not truly hers, or become Jennie Spring and finally bring peace to the family that birthed her? The first and second book in the series were combined into a Made-for-TV Movie in 1995.