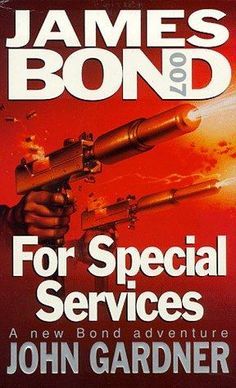 The second James Bond novel by John Gardner, published in 1982.

The criminal organization SPECTRE has been reformed. Bond, together with the CIA agent Cedar Leiter, is send to investigate Markus Bismaquer, who is suspected to be its new leader.