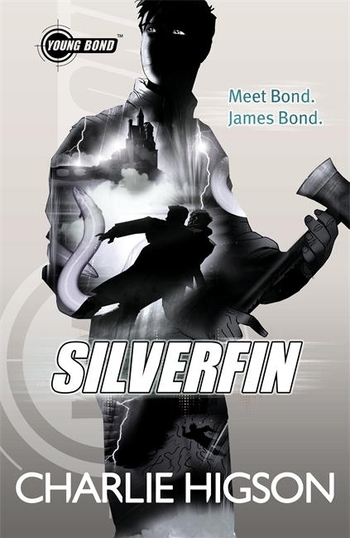 "The smell and noise and confusion of a hallway full of schoolboys can be quite awful at twenty past seven in the morning."
—Opening line
Advertisement:

The first Young Bond novel from 2005, written by Charlie Higson.

After the deaths his parents in an mountain climbing accident and couple of years of home studying, a young James Bond enrolls in the public school Eton. There he comes across the higly-confrontional George Hellebore, who together with his father Randolph has moved to Great Britain. When young James gets his first vacation from studying, he ends up in an adventure Scottish highlands, where he has to infiltrate the castle of Hellebores together with a London ruffian "Red" Kelly to learn the truth about a missing local boy.