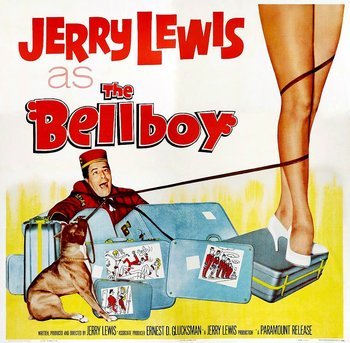 A 1960 comedy film, starring and directed by Jerry Lewis (in his directorial debut). Lewis plays Stanley, an unspeaking, well-meaning but klutzy hotel bellboy whose eager efforts to please the guests inevitably lead to disastrous mishaps.