Film / She's Out of My League 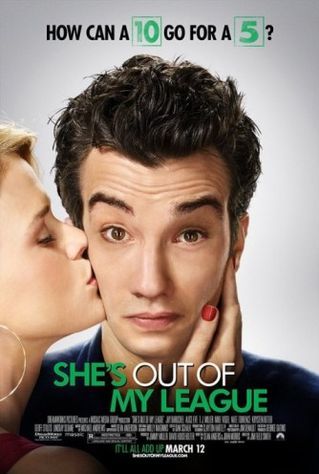 The premise starts simple enough: boy (Kirk, an airport security agent) meets girl (Molly, an event planner), and through a series of circumstances end up falling in love. But Molly's very attractive, while Kirk doesn't consider himself much of a catch — and neither do his friends, who pick at him for being luckier than they think he deserves. Thus he's scared of losing her, even before her gorgeous ex-boyfriend steps in on the scene and declares that he will do all in his power to get her back.